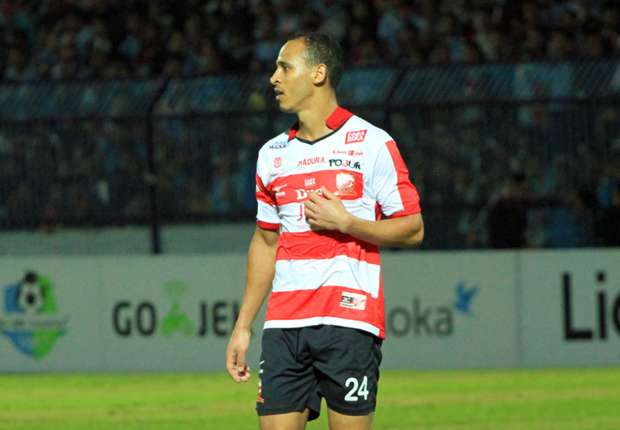 Former Super Eagles’ striker, Peter Osaze Odemwingie continued his blistering form in the Indonesian League when he grabbed another goal for Madura in their 3-1 triumph over Barito Putera, AOIFootball.com reports.

First half goals by Nigerian-born Indonesian striker, Greg Nwokolo and Fachrudin Aryanto gave Madura a first half lead before Rizky Rizaldi Pora reduced the deficit 9 minutes into the second half to setup an intense finale to the game.

But just as he was the hero last weekend, 36-year-old Peter Odemwingie, who seems to be enjoying his football again in Indonesia, ended any hope of a possible comeback when he curled in a fantastic shot from the edge of the box round the goalkeeper and into the top hand corner of the net to seal victory for the home side.

The goal was the former Lille of France striker’s 16th league goal of the campaign and he had a match rating of 8.5.

The result now leaves Madura 5th, with 60 points from 32 games, 3 points behind table-toppers Bhayangkara who have 63 points from the same number of games played.