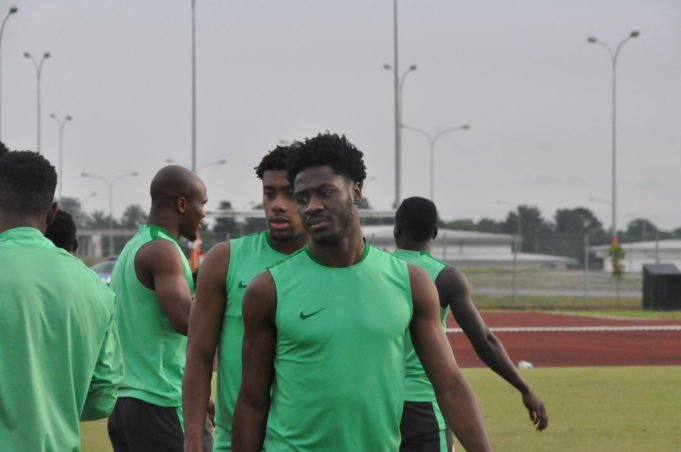 The Super Eagles of Nigeria will on Tuesday have its first training session ahead of Friday’s last group B World Cup qualifier against the Fennec Foxes of Algeria in Constantine.

The Eagles have setup camp in the City of Rabat Morocco will hold its first training session on Tuesday afternoon.

This much was revealed exclusively to AOIFootball.com by the Media Officer of the team, Mr. Toyin Ibitoye, who gave an update from the team’s camp.

“We have everybody apart from the trio of Captain John Obi Mikel, South Africa-based Daniel Akpeyi and new invitee, Francis Uzoh, who are all expected in today (Tuesday). So, I can confirm that 20 players are in camp already and the team is in high spirit.

“We are happy that the qualification to the World Cup was sealed before now, because the injury to key players would have been a big worry to the coach and Nigerians at large,” disclosed Ibitoye.

The Eagles’ spokesman also added that the team will take the game against Algeria with all seriousness as the preparation for Russia has begun in earnest.

“Every game is  important to us; this game, apart from being a World Cup qualifier, will be our first friendly towards Russia.

“Those who are here know how important this game is and will give their best to remain with the team for a long time,” Ibitoye added.

The media officer also posited that this will be an opportunity for fringe players to lay a stake in the team ahead of the mundial.

“So, we are taking the Algeria game with the same level of seriousness like that of Argentina, because these are buildup games for us towards the World Cup”, Ibitoye concluded.

The Super Eagles fly out to Algeria on Thursday ahead of the game on Friday night, before leaving for Russia on Saturday for the friendly against Argentina in Krasnoder, on Tuesday.