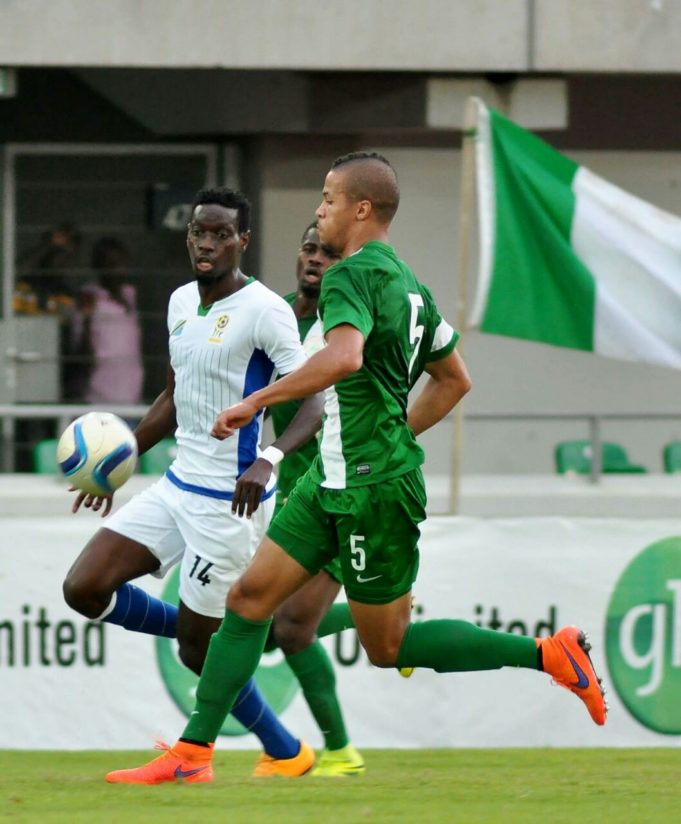 Super Eagles’ and Bursaspor of Turkey defender, William Troost-Ekong, has reiterated that the team do not plan to treat their dead rubber World Cup qualifiers against Algeria with kid gloves, because they want to end the qualifiers unbeaten.

The defender, who spoke to AOIFootball.com exclusively, also praised his fellow defence partner Leon Balogun for their fantastic understanding throughout the campaign.

“I know when the draw was made, nobody gave us a chance to qualify but we proved all doubters wrong by not just finishing first in the group of death, but we also qualified with a game to spare; that to me, is a massive achievement.

“We should aim to finish our World Cup qualifying campaign unbeaten and again use this as a game to improve as a team,” Ekong said.

Ekong, who was shortlisted for the 2017 CAF Best Player Award, said playing for Nigeria is one of the proudest moments of his life while also showering praises on his centre-back partner, Leon Balogun.

“The experience playing for the Super Eagles has been life-changing for me. Facing some of the best forwards in Africa whilst having to perform and deliver for such a football-loving nation is a pressure that improves you as a player.

“I enjoy being with the team, and working with quality players. Playing alongside someone like Balogun with his quality has definitely helped, but I would feel just as comfortable playing next to anyone now,” Ekong concluded.

Ekong has been fantastic for the Super Eagles in the World Cup qualifying campaign, and has been in superb form for his club, Bursaspor this season.