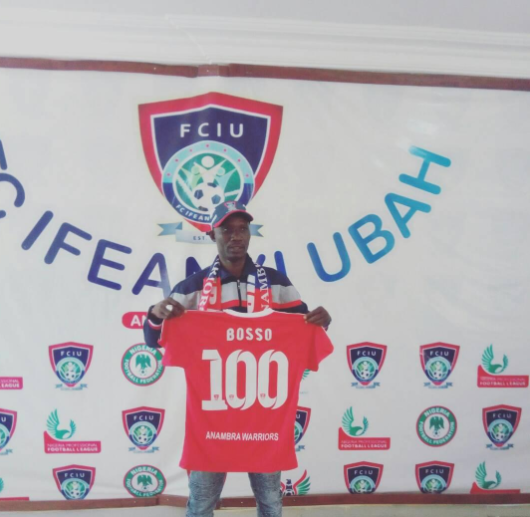 The former Flying Eagles coach was officially unveiled as the new head coach of the Anambra Warriors in Nnewi on Monday, after taking over from Yaw Preko, a former Ghanaian international who left the club after the expiration of his contract.

Bosso disclosed that FCs Ifeanyi Ubah  is definitely one of the top clubs in the country. The fans are used to performing well in the country and I am sure with the right atmosphere, the club will edge up to continent as soon as possible.

“I know that with the management of the club working so hard and every other person in the club doing their best, we can achieve whatever goal we have set for ourselves. It is possible the club can pick a continental ticket.

“We have good players, going by what I have seen in the last one week with the team. If the players can work well and try to be teachable, there won’t be any problem at all realising our objectives,”  Bosso concluded.