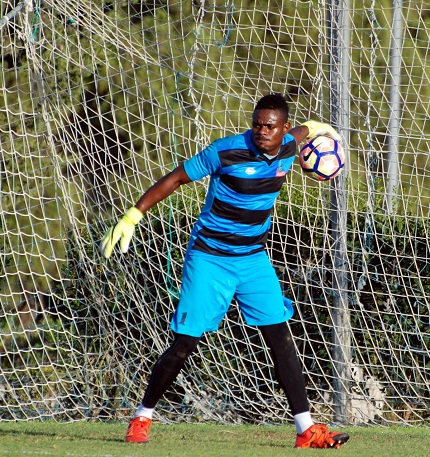 Former NPFL champions, Kano Pillars, have described media reports linking it with the return of their former skipper, Theophilus Afelokhai to the club as falsehood.

The club, through its spokesman, Rilwanu Idris Malikawa, said that goalkeeper Afelokhai was not among the players penciled down for recruitment by club.

“Afelokhai is not even among the players that the technical crew of the team shortlisted to be recruited this season.

“Nobody, either from the management or technical crew indicated interest to return him to the Sai Masu Gida,” Malikawa said.

He said though the club will not forget Afelokhai’s previous contributions, they wish him success in all his endeavours.

Malikawa maintained that some of the shortlisted players requested by the club have already joined training in Kano, among whom are: Ifeanyi Nweke from Rivers United, Adamu Hassan from Nasarawa United, Manu Garba from Wikki Tourists, and that more are expected to arrive this week.

On the issue of Gambo Mohammed’s purported move to Plateau United and the reported N15 million demands made by the club, Malikawa also debunked such reports as mere speculations.

Malikawa said the club was aware that Gambo Mohammed is in Plateau United FC, but no communication has commenced between the two clubs concerning his exit from the club.

“Plateau United FC indicated their interest about him but we are yet to conclude on the monetary aspect,” he concluded.