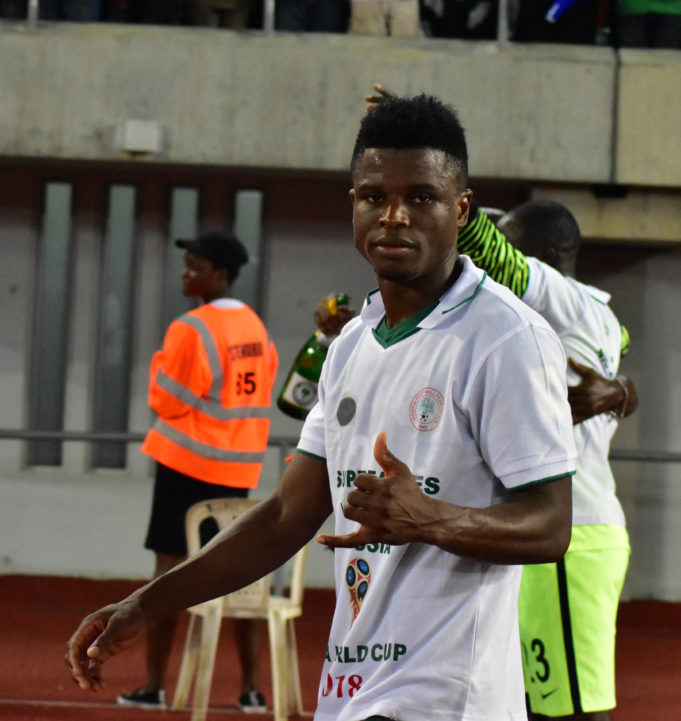 Super Eagles and Bursaspor of Turkey midfielder, Mikel Agu has been ruled out of Friday’s dead rubber 2018 World Cup qualifier against Algeria and the international friendly against Argentina, AOIFootball.com reports.

The 24-year-old, who has always been the backup to team captain John Obi Mikel in recent games, will be rested for the games as the medical team assessed he was not fit for both clashes.

The news of his withdrawal was confirmed on the team’s twitter handle on Wednesday.

“Turkey-based midfielder, Mikel Agu is out of our upcoming games against Algeria and Argentina,” read the statement on the Super Eagles’ official Twitter handle.

The midfielder was earlier substituted at half time over the weekend in Bursaspor’s 2-2 draw against Kasimpasa due to precautionary reasons.

Agu, one of the earliest arrivals in the Super Eagles’ camp in Rabat, made his international debut for Nigeria in the friendly win against Togo in June.

With the defender also set to miss the Argentina friendly, Russia-based Brian Idowu of Amkar Perm is expected to now join the team ahead of the matches.

COVID19: It would be unfair to end LaLiga abruptly, says Chukwueze