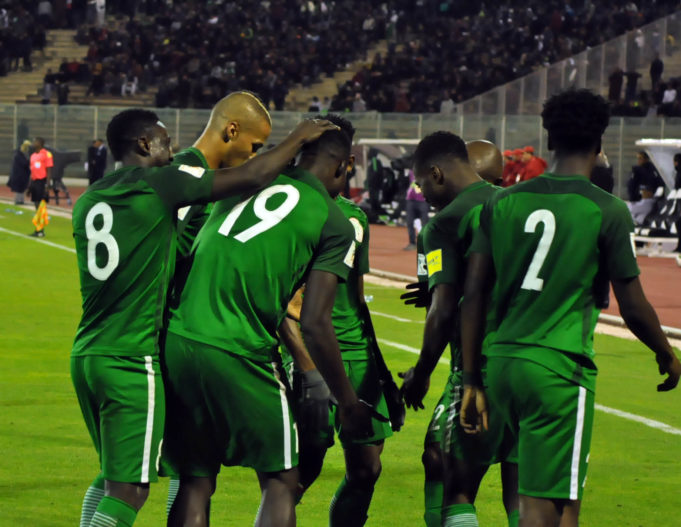 Super Eagles’ Head Coach, Gernot Rohr has wrung some changes ahead of Tuesday’s high profile friendly against the Albiceleste of Argentina in Krasnodar, Russia.

AOIFootball.com can confirm authoritatively that Chippa United goalkeeper, Daniel Akpeyi is expected to return to the goalpost in place of regular shot-stopper Ikechukwu Ezenwa, who has been deputising Carl Ikeme in recent games.

Akpeyi, who last featured for the Super Eagles in the 2019 AFCON qualifiers against the Bafana Bafana of South Africa in Uyo which the team lost 2-0, will now hope for a better outing against Argentina later today.

Meanwhile, English Premier League duo of Alex Iwobi and Kelechi Iheanacho are expected to lead the Nigeria’s attack as the Franco-German coach wants to use the speed and youthfulness of both players to run riot against the Jorge Sampoli’s side.

With team captain John Obi Mikel expected to return to the Super Eagles’ midfield, Wilfred Ndidi is also expected to keep his place with Rohr expected to decide between the duo of Oghenekaro Etebo and John Ogu who were both impressive against Algeria in Constantine last Friday.

Nigeria will take on the two-time world champions at the Krasnodar arena in Russia by 5pm Nigerian time.

Jeremiah Umahi - May 17, 2017
ALL CATEGORIES
SOUNDCLOUD