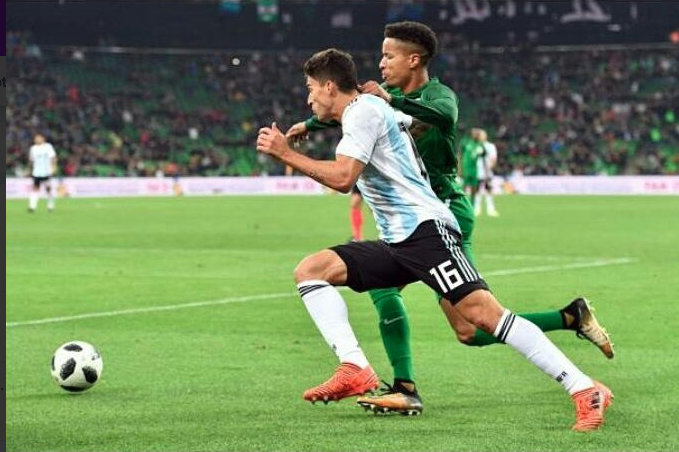 Super Eagles’ Coach, Gernot Rohr has said that he was surprised by the impressive display of ADO Den Haag of Holland full-back, Tyronne Ebuehi against Argentina.

Ebuehi, who came on as a second half substitute for Shehu Abdullahi at the right-back, put up an impressive display for Nigeria in the 4-2 win over Argentina, doing enough to keep out the South American’s busy attackers.

Gernot Rohr also stressed that he has been keeping Ebuehi around for a while because he believes in him and knows what he is capable of.

“I’m not surprised because I know his qualities and what he can do. He did well in the second half just like goalkeeper Francis Uzoho and Brian Idowu during the game.

“We always know what he is capable of doing. He (Ebuehi) has been with us for sometime now and we won’t keep him if we had no faith in his abilities,” Rohr said.