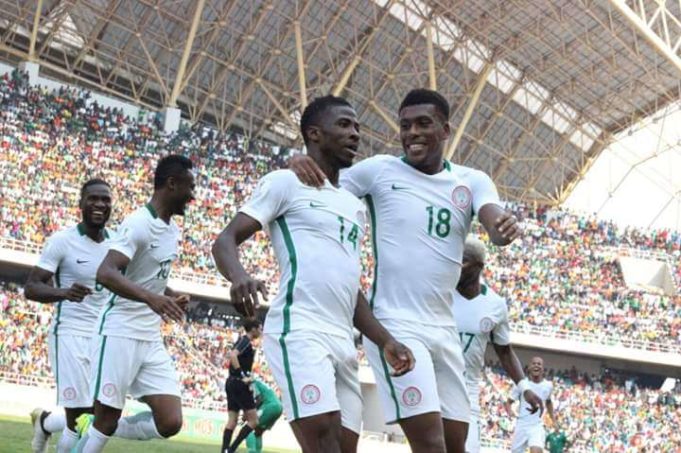 *Both players reveal their motivation in the Super Eagles

The Nigerian football history has never been a desolate one, with the country producing stars of different generation who have gone on to win laurels in different capacity and have indeed represented the country in their various foreign clubs.

After the advent of the great Jay Jay Okocha and Kanu Nwankwo, Nigeria’s search for these two amazing talents of the game has been seemingly elusive, with different players showing flashes but not exactly levelling up to the expectations of most Nigerians.

However, the recent combination of the duo of Alex Iwobi and Kelechi Iheanacho in the national is one that could revive the good old days, especially as the country heads for the World Cup in Russia next year.

AOIFootball.com spoke exclusively to both players to find out the secret behind their impressive performances whenever they are both paired in the national team despite not having a luxury of time together.

“We are roommates in the national team. Ever since I switched to play for Nigeria, Kelechi has been my friend and we are always together in camp. I guess this helped us also understand each other better and it has been reflecting in our games for the national team,” Iwobi said.

On his part, Iheanacho said: “Alex is a great guy and a lovely person to be with; we have been together in the national team for almost two years now, so the understanding on and off the pitch keeps getting better for us.”

Many Nigerian have wondered whether the two players can take us back to the days of Kanu and Okocha, considering the similarities between the two set of players.

Iheanacho is a native of the state where Kanu was born and bred, and still lives and refers to as his home-state.

While Iwobi, who was born in Lagos before his parents moved to the UK, is a nephew to Austin Jay Jay Okocha, and they are from the same state in Nigeria.

When it comes to football skills and qualities, the similarities become even more striking; while Kelechi Iheanacho is a natural goals-scorer like Kanu Nwankwo, Alex Iwobi possesses the skills and craft that his uncle is known for.

What is even more striking is that both players came into limelight almost the same time.

Iheanacho’s heroics at the 2013 U-17 World Cup tournament in the United Arab Emirates, where he struck four times against Mexico in the opening game, drew the attention of the world after he won the Golden Ball and trophy for Nigeria.

It was also in the same year that Iwobi was listed for the very first time among the first team players for Arsenal in a league match against West Bromich Albion in the English top flight.

When quizzed whether they are both following the footsteps of the two former Super Eagles’ legends, Iwobi said:

“For sure, they are fantastic players and have won a lot for this country; we are still young and have a lot of playing days ahead but I hope we can match or surpass their achievements with the Super Eagles”.

He further added that, “My number one objective is to lead Nigeria to a tournament glory, both Kanu and Okocha did it and of course, my friend Kelechi also did it winning the U-17 World Cup, so I definitely want to do the same,” Iwobi concluded.

On his part, Iheanacho said: “Okocha and Kanu are two who have helped me build my career because I grew up watching and learning from them. If people say we want to be like them, then I will be happy to be recognised with two of the most amazing players Nigeria has ever produced,” Iheanacho concluded. 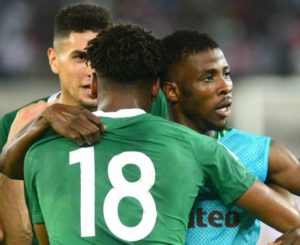 Kelechi Iheanacho currently has the best goals’ conversation rate of any player to have laced his booths for the Super Eagles of Nigeria, scoring an average of one goal every two games with the national team.

Heightened anxiety as Mikel misses yet another Tianjin Teda match