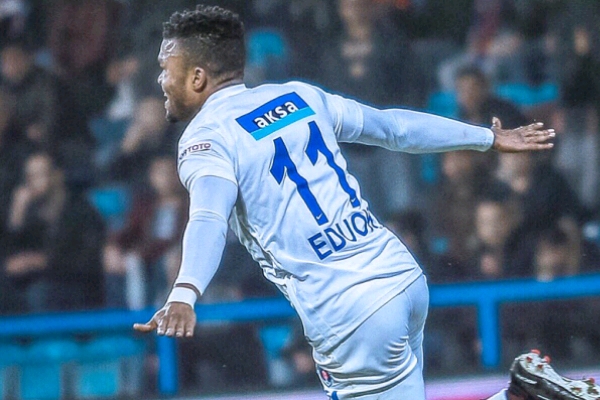 Super Eagles defender Kenneth Omeruo has hailed his Nigerian teammate Emem Eduok for getting on the score sheet in Kasimpasa’s 2-0 away win against Karabukspor in the Turkish Super League on Monday night, AOIFootball.com reports.

“Yessss! massive three points away from home.. we keep going up… Emem Eduok congrats on the goal,” the 2013 Africa Cup of Nations winner wrote on his instagram page.

Franck Etoundi opened the scoring for Kasimpasa in the 58th minute.

The goal was Eduok’s second in 10 league games for Kasimpasa so far this season.

Omeruo, who was also in action for Kasimpasa against Karabukspor, described the win as very important.