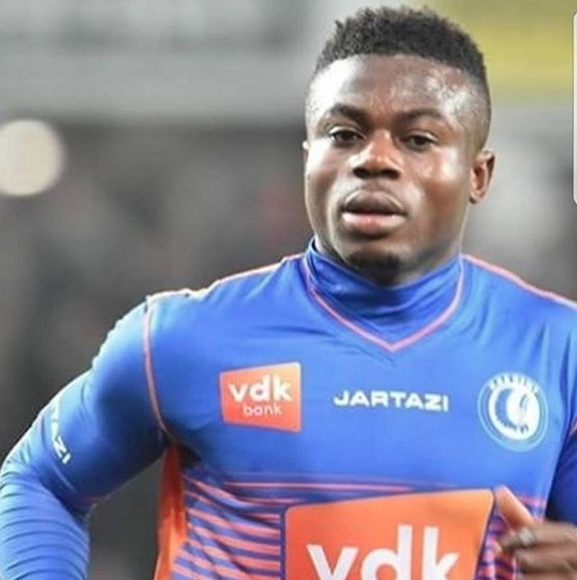 Super Eagles’ winger, Moses Simon has expressed his delight after recovering from a toe injury that ruled him out for 2 weeks which made him miss Nigeria’s last game of the year against Argentina, reports AOIFootball.com.

The winger combined with fellow compatriots Anderson Esiti and Samuel Kalu for his club Gent, to defeat Lokeren 3-0 in the Belgian First Division game played on Sunday.

After the game, the former AS Trencin forward took to his official Instagram page to appreciate everyone who supported him during the period.

“It feels good to be back on the pitch and it was an awesome win last night. Big thanks to all #buffalo🔵⚪️ fans and most especially to my teammates for your never ceasing support. Have a wonderful week,” he posted.