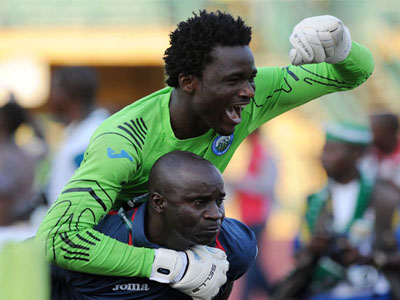 Former Rivers United shot-stopper, Femi Thomas, has revealed that his move to Enugu Rangers has not materialised, despite media reports that he has signed for the Flying Antelopes.

The former Enyimba safe hands told AOIFootball.com exclusively that he is currently praying that his move to Enugu Rangers will materialise because he is willing to play for the team next season as the club has shown ambition and are willing to go back to the continent, something he reckons has informed their decision to retain most of their old players to ensure there is continuity.

“I’m willing to join the club because they have shown ambition and are ready to go back to the continent. They also retained most of their old players, which for me, is a good idea because if a club retains most of its old players, there will be continuity,” Thomas said.