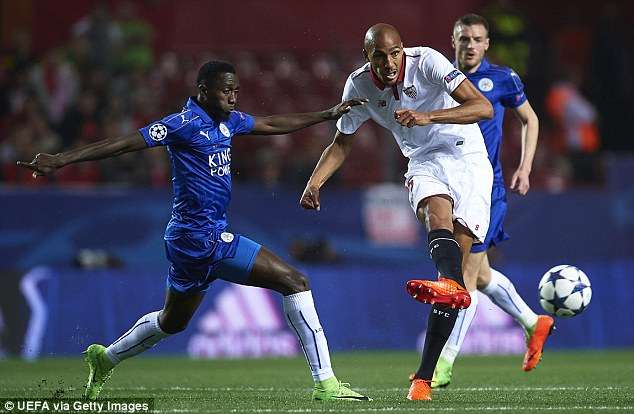 Ahead of Tuesday night’s English Premier League clash Leicester City and Tottenham Hotspurs, Nigeria midfielder Wilfred Ndidi believes the Foxes must focus on their own game in order to overcome Spurs.

Spurs have tasted victory only once in their last four games and will be desperate to secure maximum points against the Foxes to revive their fading title hopes.

Ndidi is aware of the danger posed by Mauricio Pochettino’s men and has challenged his team-mates to be on the guard in the game.

“I have never looked too much at the opposition,” he told LCFC TV.

“We know they are a good team so it will be very difficult.

“That makes it difficult, a team who has just won once in four games will be difficult because they will want to win so we should expect that and do more to get three points.

“Every game at home, the fans are very crucial for us. We need three points because it feels like a while since our last win. We can do it if we play well and follow the coach’s instructions.”

The Super Eagles star admits Leicester City were disappointed not to claim all three points on Friday evening against West Ham, although he believes there were many positives to draw from the performance.

“It was really disappointing because we felt we could win. I would say we just look forward to the next game and we will do that now.

“It was nice to see Marc Albrighton score because it proves that we have scorers in all areas of the team which is a plus for us and it will get better gradually too,” he added.

Ndidi has formed a strong working relationship alongside Spanish midfielder Vicente Iborra this term and the former Genk man says it is a partnership that will only continue to blossom.

“He has been good,” Ndidi continued. “He has so much experience and he is calm on the ball. I admire that and he is a leader in the middle so that is what we need.”

It’s great to back with Bursaspor, says Troost-Ekong