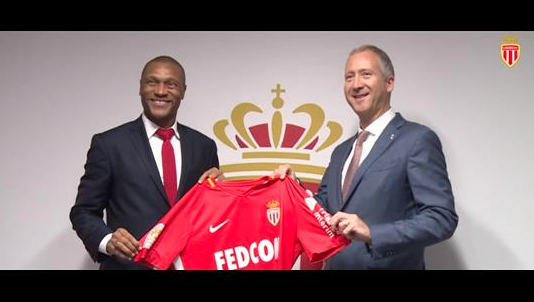 Former Chelsea sporting supremo, Michael Emenalo has been unveiled as the new Monaco Sporting Director, according to Monaco’s official website, AOIFootball.com can report.

The Nigerian, who had been at the helm of sporting affairs for Chelsea, resigned few weeks ago and had been out of work prior to his appointment by the Ligue 1 giants’ Vice President, Vadim Vasilyev.

The former Super Eagles’ player has, however expressed his delight at teaming up with Leonardo Jardim’s side, enthusing that he is happy with their ongoing project.

“It’s a wonderful opportunity for me in such a high quality project. AS Monaco has shown a great evolution in the past few seasons and I am convinced that the club will keep being successful.

“Vadim Vasilyev convinced me to join AS

Monaco and I believe this is the right choice for me after my decision to leave Chelsea.

I will work here with humility and try my best

to bring my experience in this club which is a reference of French and European football,” Emenalo said.

During his active reign at Chelsea, the Stamford Bridge outfit won a number of top flight honours which include, three