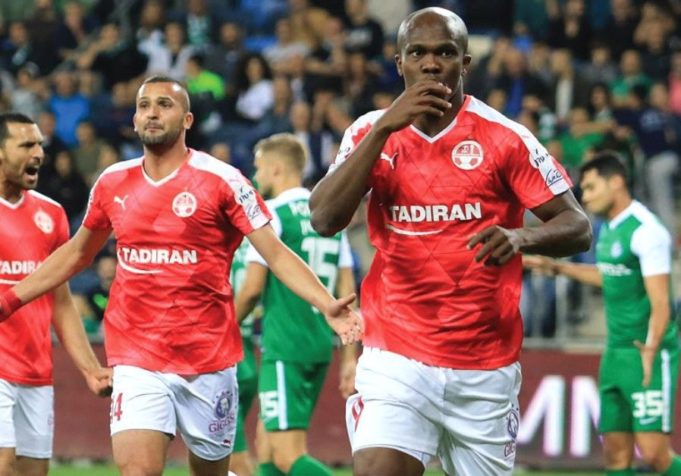 Super Eagles and Hapoel Beer-Sheva striker Anthony Nwakaeme was on target in the Israel Premier League match  as they drew 2-2 away against 10-man Beitar Jerusalem on Monday.

The goal was Nwakaeme’s fourth after nine league games in the Israeli league this season.

Also in action for Hapoel Beer-Sheva was John Ogu who played for 90 minutes.

Beitar took the lead in the 52nd minute before Nwakaeme drew Hapoel Beer-Sheva level in the 55th minute.

Hapoel Beer-Sheva took advantage of their numerical advantage and went 2-1 up through Maor Melikson.

But in the 92nd minute, Erik Sabo equalised for Beitar to earn them a share of the spoils.

The draw left Hapoel second on 24 points in the league table, same points as leaders Hapoel Haifa who are ahead on superior goals scored.