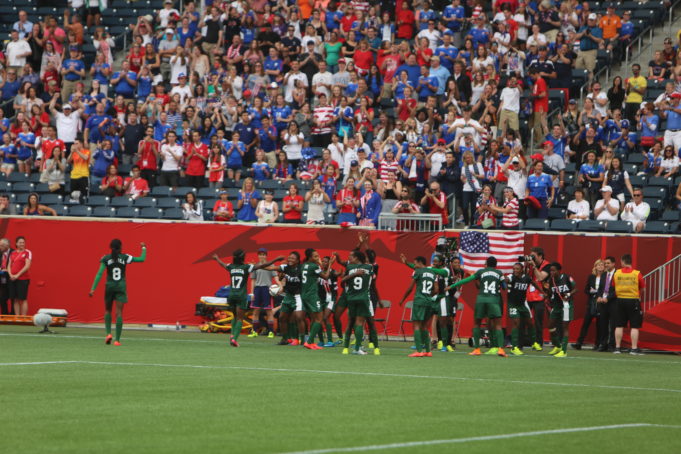 Nigeria Football Federation (NFF) President Amaju Melvin Pinnick, has said the Federation did not abandon eight-time African Women champions, the Super Falcons, but have great plans just like they have done for the Super Eagles to ensure they continue to dominate the game on the continent and make great impact at the world scene, AOIFootball.com can report.

Pinnick, alongside the NFF 2nd Vice President Shehu Dikko, both made this assertion in Lagos.

“Other African countries are catching up with us. Ghana, South Africa, Equatorial Guinea. We need to tell them we are still the giants of Africa in women’s football,” Pinnick said.

The NFF Supremo further went on to discard the notion that the Women’s team were thrown aside while their male counterparts were getting all the affection and attention.

“Please, the Super Falcons should know that we have not neglected them. At that point we needed to focus on bringing joy to Nigerians and that’s what we did. So, they should forgive us, they are our children, they are our wards, we are happy we have a beautiful relationship with them, but stay tuned for the Super Falcons,” Pinnick added.

Dikko on his part announced that the foreign coach appointed for the Falcons will sign his contract within the next 10 days.

“We needed to build a brand, and the super brand at that time was the Super Eagles. Today, we are happy to achieve that. Within the next 10 days a contract will be signed for a foreign coach who is coming to Nigeria by next week for the Super Falcons,” Dikko hinted.