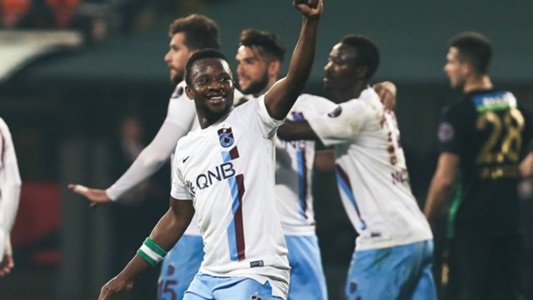 Super Eagles and Trabszonspor of Turkey midfielder, Eddy Ogenyi Onazi has ended speculations linking him with a January move to England, saying he’s now settled in Turkey and wants to focus on the rest of the season and also prepare for the World Cup.

The Eagles’ vice-captain, who spoke exclusively to AOIFootball.com from his base in Turkey, said the decision was not backed by the sack of Harry Redknapp as Birmingham manager, insisting he’s happy at Trabzonspor.

“I am happy at Trabzonspor and will not be moving in January because, I have the backing of the coaches and my teammates.

“Although I was close to joining Birmingham at the beginning of the season, I was denied a work permit. Maybe God has something special for me here in Turkey so for now, I will stay put,” Onazi said.

“The Turkish league is highly impressive and competitive, so it will be my home from now till the end of the season. Maybe something could change after the World Cup, but for now, I am staying put,” Onazi concluded.

Onazi has featured in nine league outings this season, starting six of those games and scoring once, while having a passing accuracy of 76%. He has also scored once in a cup game this campaign.