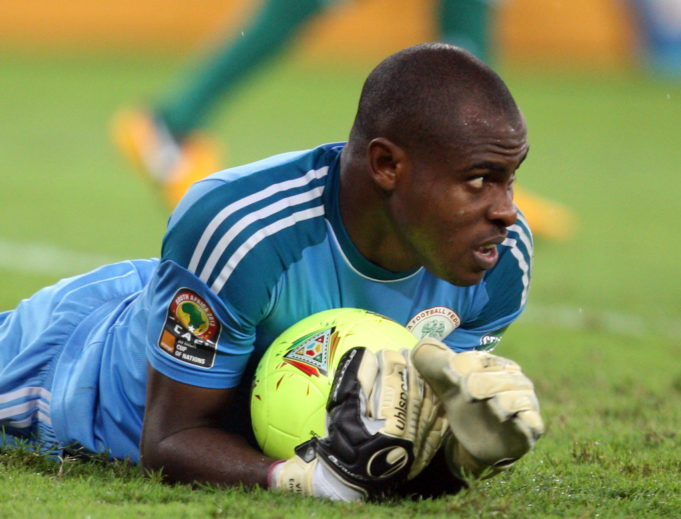 As the countdown to the 2018 FIFA World Cup intensifies and the search for quality players to represent Nigeria takes centre stage, AOIFootball.com looks at five players who could break their way into the Gernot Rohr’s squad.

Rohr has been on the lookout for capable replacements for current first choice goalkeeper Carl Ikeme, who was diagnosed with leukaemia and has been out for a couple of months, with the duo of Ikechukwu Ezenwa and Daniel Akpeyi debutising in his absence.

The Franco-German is also interested in strengthening his defence with Leon Balogun, an injury prone player, and will also look to add more firepower to his attack line with a possible chance for former Inter-Millan striker Obafemi Martins,who could make a return to the Super Eagles.

Vincent Enyeama: With the challenges in the goalkeeping department, Gernot Rohr could desire former captain of the Super Eagles’ recall to the team, should he sort out his club issues during the January transfer window.

Enyeama has 101 caps to his name and was at the 2002 World Cup where he made his debut for Nigeria in a final group game against England and was first choice to every competition the Nigeria featured in barring the 2008 Nations Cup where he played second fiddle to Austin Ejide.

Dele Aiyenugba: The former Enyimba of Aba shot-stopper could yet earn a recall to the team as Gernot Rohr searches for experience in bolstering his team in the goalkeeping unit.

34-year-old Aiyenugba last kept goal for Nigeria in 2011 against Guinea, a game they drew 2-2, hence he missed out on the 2012 Africa Cup of Nations hosted by Gabon and Equatorial Guinea.

Obafemi Martins: The former Super Eagles’ and Newcastle United striker might be in contention for a shock recall to the team after Coach Rohr hinted the striker may not be done yet with the national team.

Felix Uduokhai: The 20-year-old German born Nigerian defender plays for VFL Wolfsburg in the German Bundesliga. He is another man Gernot Rohr could turn to, although no official approach has been made to lure the young star yet. Udokhai may be used as back up to injury prone Leon Balogun and maybe Kenneth Omeruo who is also battling his way back to the team.

Uduokhai is born to a Nigerian father and German mother and has featured 11 times for Wolfsburg this season, scoring twice.

Azubuike Okechukwu: He is one man who could make a surprise cut to the World Cup in Russia next year. Okechukwu was named second best passer of the ball last season in the Turkish Lig 2 and his playing style has been likened to that Eagles skipper, Mikel John Obi.   The former Dream Team led Nigeria to win the CAF qualification series for the Olympics and also shined at the Olympics alongside John Obi Mikel and Etebor.

Zubby, as he is fondly called, could earn an invite in the future if he continues to impress with Turkish club Yeni Melatayaspor in the Turkish top flight.