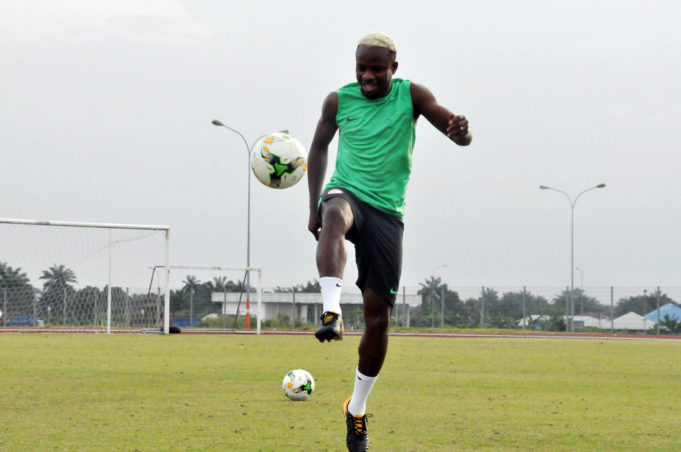 Super Eagles’ Vice-Captain Eddy Ogenyi Onazi, believes the team can take the world by storm if they prepare adequately for the World Cup coming up next year in Russia.

Onazi took to the social media to share his opinion after Nigeria was drawn in Group D alongside two-time world champions Argentina, Croatia and debutants Iceland.

The midfielder, who will be making his second appearance at the FIFA World Cup after also featuring in Brazil 2014, wrote: “Nothing good comes easy; now we know our group opponents and we will prepare mentally, physically and tactically”.

The Lazio midfielder also posited that he believes it is time for the Super Eagles and other African countries to make a difference at the World Cup, stating that the continent has enough hands to do well at the tournament.

“It is time for Africa to make a difference; with God on our side, nothing is impossible,” Onazi wrote.

Nigeria will open its World Cup campaign against a Luka Modric-led Croatia team at the 35,000 Kaliningrad Stadium on 16th June 2018.

Staff Reporter - May 12, 2017
ALL CATEGORIES
SOUNDCLOUD