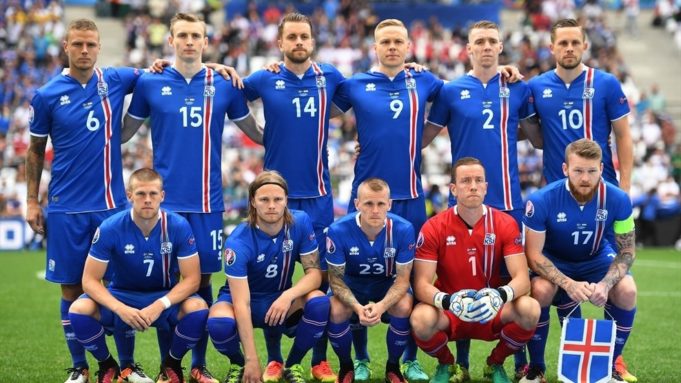 Media Officer of the Strakanir Okkar (Our Boys) as the Icelandic team is called, Omar Smarason, has said the team led by Heimir Hallgrimmsson will be a reckoning force when they face other Group D opponents at the 2018 FIFA World Cup that includes the Super Eagles of Nigeria, AOIFootball.com reports.

Smarason in an interview with Brila Fm which was monitored by AOIFootball.com, posited that the team has done so much to enjoy a high rating and respect at the World Cup, following their superlative performance at last year’s European Nations Cup where they defeated the Three Lions of England in the round of 16 stage.

According to Smarason, they intend to continue where they stopped at the Euros.

“I think we were a surprise package at the Euros; a lot of teams underrated us, but I don’t think anyone will underestimate us now.

“We like playing against the biggest teams and we will go into every game with the mentality to win.

“As far as setting targets, we will get past the group stage and see how it goes from there,” the Iceland MO said.