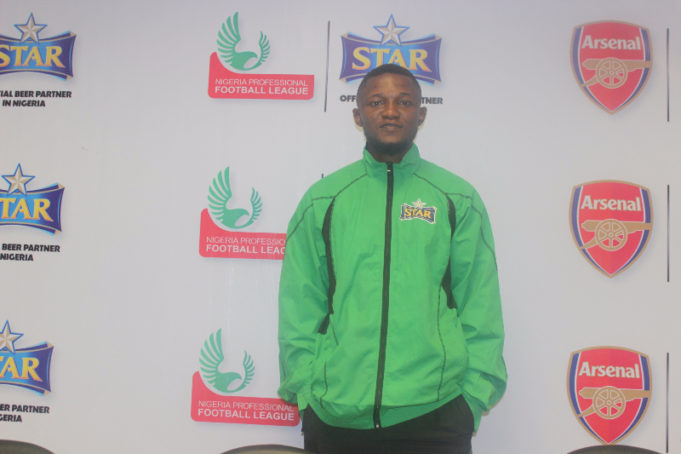 Oluwafunsho Bunmi Haruna, popularly known as Bunmi Blair, one of the new coaches announced by the Nigeria Football Federation to take charge of the Nigeria U-17 national team, the Golden Eaglets, has started scouting for the players that will make up the class of 2019, AOIFootball.com can report exclusively.

Blair, who was announced as one of the two assistants to head coach Abdul Maikaba as the new faces to chart a new course for Nigeria’s cradle national team, was seen scouting for players at the 2017 FCT Principal Cup Final, at the Old Parade Ground, Area 10, Abuja.

The FCT Principal Cup Final was contested between Fosla Football Academy, one of the best football schools in Nigeria and, Government Secondary School (GSS) Kabusa. The final also witnessed the 3rd place match which was won by GSS Wuse 2.

Bunmi Blair said the mandate by the head coach Abdul Maikaba, is for them to comb every nook and cranny of Nigeria where football is being played.

“The work has started and we have our noses on ground; we’re on a mission to comb every part of Nigeria, as that is the mandate of head coach Abdul Maikaba.

“The mission is to look for young boys under the age of 17, who will be the future of our national team. And trust me, when we see such players, we will know. I’m here for the FCT Principal Cup Final; you recognised me because you know me, but usually, we don’t announce our coming like this,” the young coach stated.

The trio of Abdul Maikaba, Abubakar Bala and Bunmi Blair were named the Golden Eaglets’ class of 2019 coaches last month.