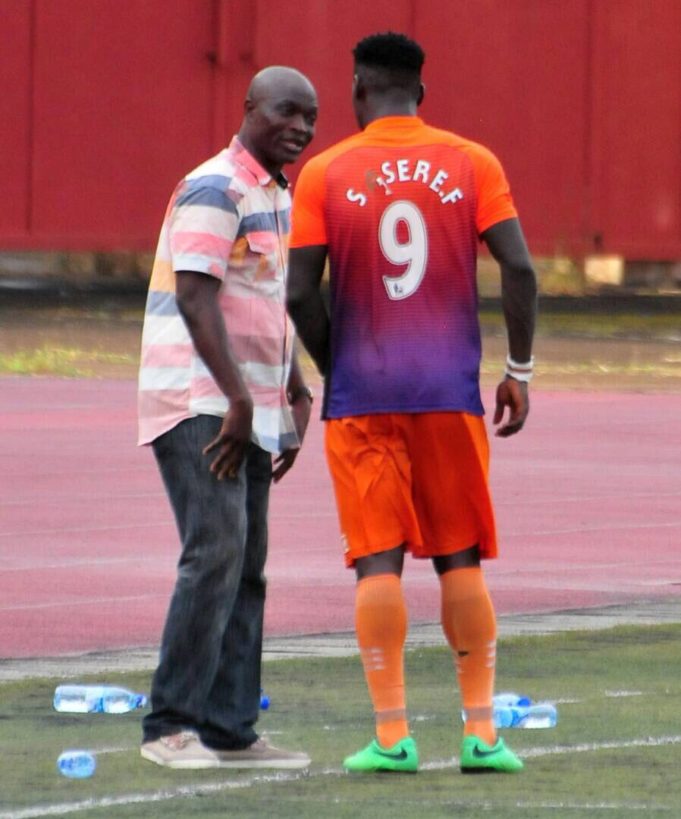 Sunshine Stars Football Club of Akure Coach, Duke Udi has admitted that the club is in a terrible financial situation, but is still optimistic they can wriggle out of the quagmire.

According to him, the club has not played any preseason friendly game because of their current poor financial status.

Udi, who spoke with AOIFootball.com, lamented that most of his players have been poached by other clubs, and the club has no money to sign any quality replacement for them.

Despite the open trials the club recently had, Udi confirmed that they couldn’t find any quality player, and that he has told his existing and former players to tell their friends who can play football to hit the club’s base for assessment.

“We have not gone for preseason because we were told there is no money. We shoved aside the tournament we were supposed to attend to gain match fitness because of lack of funds.

“As I speak, we are in Akure; we have not gone anywhere. We are trying to get new players for the upcoming season, because most of our players have been poached.

“We tried to do screening where over 750 players came but we didn’t get quality players out of the pool that came for the screening. We are still looking for players to beef up our team.

“We are really far behind the other teams because of our current financial situation and we are praying and hoping we get players. We have told both our existing and former players to refer their friends that can play football to the club. We are in a terrible situation, but I’m still hopeful we can pull through,” Udi concluded.