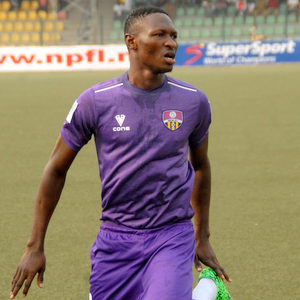 Mountain of Fire Miracles Football Club Sikiru Olatunbosun, has said he will work harder as he is ready to justify his invitation to the Home-based Super Eagles.

Olatunbosun was among the invited players to the team’s camp ahead of the NPFL Invitational Super Six and African Nations Championship (CHAN) starting next year, and he admits the hard work begin now.

“My club celebrated my invitation to the national team when they saw my name on the list,” Olatunbodun told AOIFootball.com.

“My teammates, my gifted coach Fidelis Ilechukuwu, and everyone at the club were happy for me. Though I must say this: I want to thank the fans, the club and my teammates for making this happen because without them I won’t have gotten to where I am today,” the player added.