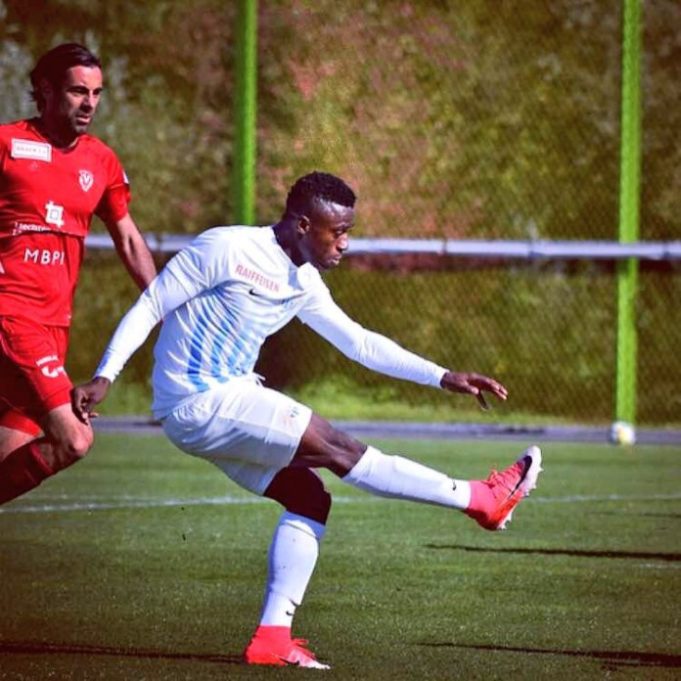 Former MFM striker, Stephen Odey, opened his goals account for FC Zurich in the Swiss topflight, but lost 2-1 at home to Luzren, at the Letzigrund Stadium, AOIFootball.com reports.
Odey levelled for his team 24 minutes after the away team had gone ahead in the 11th and 37th minute.
The young lad has now made a second league start for FC Zurich since joining them from NPFL side Mountain of Fire and Miracles Football Club.
Zurich remain third on the table with 28 points from 18 matches.