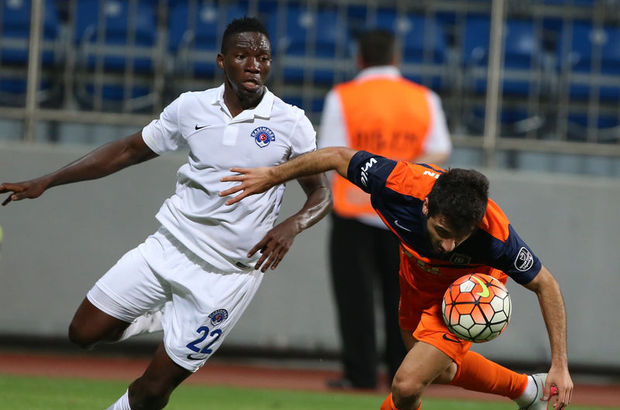 Super Eagles’ gaffer Gernot Rohr has continued to search for a capable backup to defenders Leon Balogun and William Troost-Ekong ahead of next year’s World Cup in Russia with the Franco-German not too keen on Chelsea loanee, Kenneth Omeruo.

However, the player’s recent form and his above average display against Argentina could yet still earn him a place at the World Cup.

A player once compared to Chelsea legend John Terry, Omeruo burst into the Super Eagles limelight at the age of 20 when he made the final list to the Nations Cup in 2013 where he kept then team captain, Joseph Yobo on the bench after the first game.

The defender shined in games against Côte d’Ivoire as the Eagles won the trophy and also impressed at the Confederations Cup and the World Cup subsequently.

However, injury and failure to secure a move early cost the player a place in the national team, but his recent performance for Turkish club Kasimpasa shows the 2013 AFCON star might be playing his way back into the team and even the world cup as his experience will be a thing of value for the team.

Omeruo’s recent performance shows a high level of consistency which has made his coach, Kamal Ozdes describe the Nigerian as one of the best centre-backs in the league.

The former Middlesbrough defender, who has started 9 of the 10 games he has featured this season, has had a game rating 7.3, but his stats in the last 5 matches show how committed he is to even improve further.

The defender has made an amazing 58 clearances in his last 5 games, an average of 10 per game, while also averaging 8 duels per match.

One striking statistic however, is the fact that he has only committed one foul in those games and is yet to enter the referees’ books all season.

Kenneth Omeruo has also shown good composure with his legs making an average of 87.2% passing accuracy per game, while he is yet to commit any error leading to goal; the defender also averages 8 clearances per match, a sign he is determined to return to his old best form.

Omeruo is currently the only Super Eagles defender to feature at the last World Cup and will hope to quickly convince Gernot Rohr that he is the right man for the job.