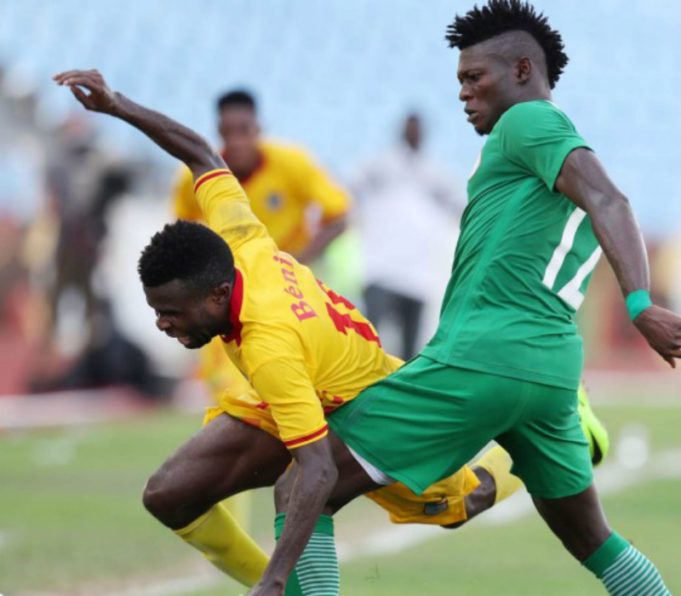 Super Eagles and former FC Ifeanyiubah defender Olamilekan Adeleye may miss the African Nations Championship (CHAN) in Morocco next year after picking up what looked like a serious injury in the team’s clash against Nigeria Professional Football League Champions Plateau United on Wednesday at the Sani Abacha Stadium, AOIFootball.com reports.

Adeleye  was stretchered off early in the home-based Super Eagles Nigeria Professional Football League invitational tournament Group A clash against the NPFL champions and was replaced by Enugu Rangers defender Kalu Orji.

The defender was in tears after the game and was taken to the hospital by the medical team to determine the extent of the injury.

Winger Joseph Osadiaye, who plays for seven-time NPFL champions Enyimba, and Katsina United midfielder Destiny Ashadi are already ruled out of the competition due to injuries.

The Salisu Yusuf-led team are using the NPFL invitational tournament to prepare for CHAN which will run from January 13 to February 4.

The team’s game in the NPFL invitational is against seven times league champions Enyimba on Friday.