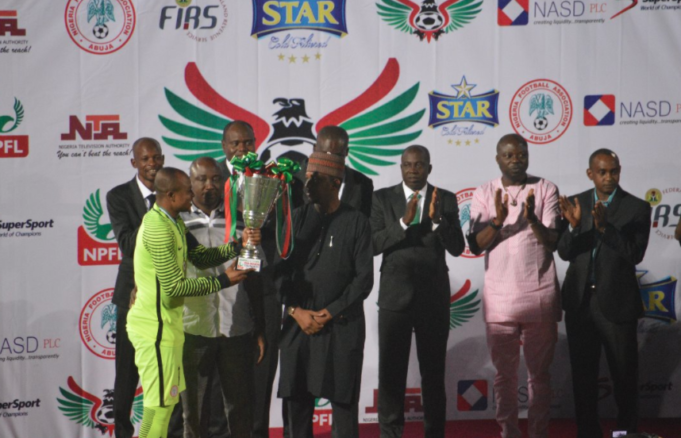 Lobi Stars Anthony Okpotu, who was top scorer in the NPFL last season with 19 goals, opened scoring for the Home-based Eagles on the 45th
minute.

The second half began with more display of attacking football from both teams.

Okpotu got his second goal in the 69th minute, hitting the roof of the
net after he was setup by substitute Nura Mohammed.

In the 78th minute, Kingsley Eduwo Kingsley scored from the following
another assist by Mohammed.

Jonathan Zikiye pulled a goal back for the Olukoya Boys from the spot
On the 86th minute, while Chuka Uwaga gave his side hope of a fightback
by netting the second for MFM on the stroke of 90 minutes.

Earlier in the day, NPFL champions, Plateau United defeat Akwa United
to secure third position in the competition, while Enyimba defeated
Kano Pillars 3-2 on penalties in the fifth and sixth playoff.