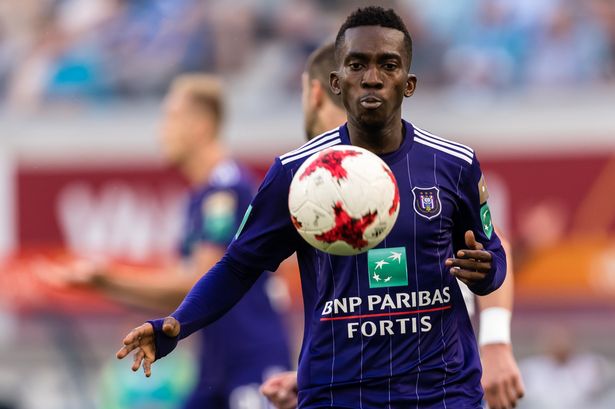 Despite ending the year injured and the number of weeks he would be out yet to be ascertained, Super Eagles’ and Anderlecht forward, Henry Onyekuru says it has been a great year for him, AOIFootball.com reports.

2017 was an interesting year for the 20- year-old as he made remarkable progress in his budding career. The player shone for KAS Eupen in Belgium, scoring 22 goals in the 2016/2017 season which saw him join English Premier League side Everton for 7 million pounds.

The former Aspire Academy student was then loaned back to Belgian Champions Anderlecht where he has done so well this season, featuring in the Champions League and is the team’s top scorer so far this season with 8 goals.

The player also got invitation to the Super Eagles where he boasts of three caps and his future with the team looks bright.

Onyekuru took this official Instagram page to express his feelings after a successful year.

“What a great year it has been for me, thank you to everyone that has supported me, especially the Almighty God. I hope to return back to fitness soon and will be back fitter & stronger in the New Year,” he said.

Onyekuru certainly hopes for a better 2018 especially for the fact that it is a World Cup year.