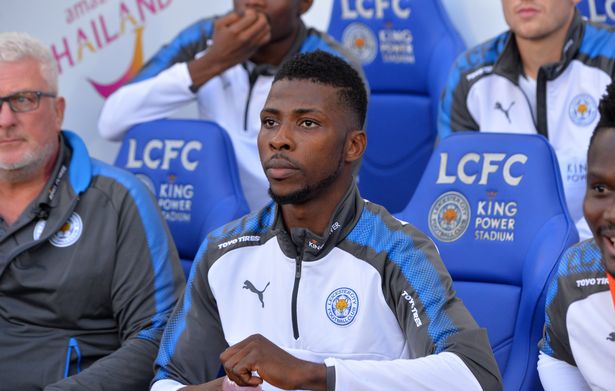 Super Eagles’ gaffer, Gernot Rohr is not happy with the lack of playing time of Nigerian international Kelechi Iheanacho at Leicester City and hopes both the player and club can find a lasting solution to the problem during the winter transfer widow.

A source close to the Franco-German coach disclosed this much to AOIFootball.com in Abuja, saying the coach has spoken to the player and hopes a solution will come out sooner than later.

“Iheanacho is a very good player and Nigerians have seen what he can do with the national team but we really don’t know what the problem is at Leicester City but I’m confident the situation will change soon.

“The coach has already spoken to the player and I am sure Kelechi will act fast because this is a World Cup year and as Gernot Rohr mentioned, no player has an automatic shirt to the World Cup, which means if he wants to make the World Cup squad, he has to do the right thing fast before it becomes too late,” the source disclosed.

Despite arriving the King Power Stadium in a record deal of around 25m pounds, the Nigerian has only featured 11 times in all competitions for the Foxes, starting just two of those games, while his only Leicester goal came in the third round of the Carabao Cup.

The most worrisome news however, is the fact that Iheanacho has failed to feature for Leicester City in their last six Premier League games since he came on as a sub against his former club Manchester City on the 18th of last month.

With the winter transfer window days away, many Nigerians and indeed fans of Iheanacho will definitely advice the player to consider his options if he must stand a chance of being on the plane to Russia next year.