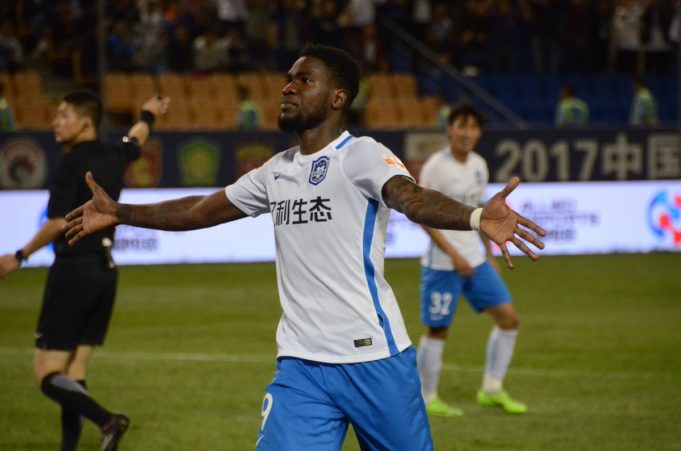 Tianjin Teda and Super Eagles’ forward, Brown Aide Ideye is set to re-ignite his football career as he aims to secure a loan move away from the Chinese Super League, AOIFootball.com reports.

The former Olympiakos of Greece attacker was demoted to Teda’s Team B following unresolved issues between the manager and the player.

However, recent news gathered by AOIFootball.com indicates there is an imminent switch for the player with a top club in Germany, with the former West Bromwich Albion goal poacher preferring a quality team he would enjoy more playing time and scoring goals.

Further information reveals Ideye is not giving chance to being part of the 2018 FIFA World Cup squad.

The January transfer window opens in a few days.

1,500 Participants of the Football for Friendship Programme Will Come to Moscow  in June