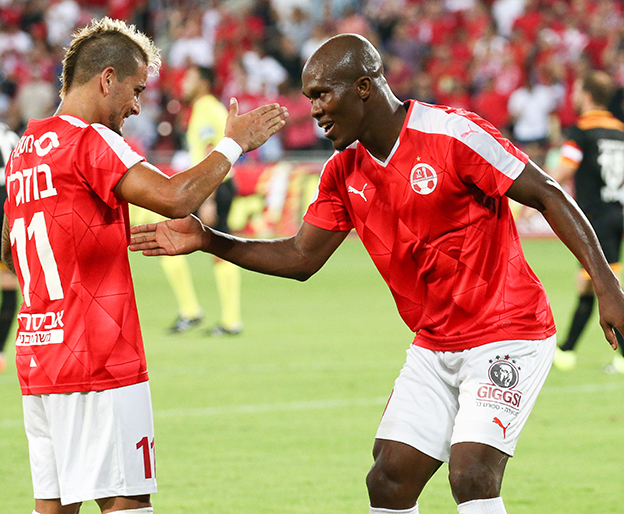 Super Eagles’ striker, Anthony Nwakaeme had a memorable Christmas on the pitch when he scored his side’s second goal in a 2-0 win over Maccabi Haifa on Monday in the Israeli Premier League, AOIFootball.com reports.

The bulky striker, who had missed the Israeli champion’s last four games due to injury, returned with a bang as he helped propel the team to the summit of the table, heading into the New Year.

Be’er Sheva took the lead in the 10th minute when Allyson Aires Dos Santos put the ball past his own goalkeeper before Nwakaeme made it a perfect celebration when he scored Be’er Sheva’s second in the 89th minute to seal all three points.

The goal was the striker’s 6th of the season. Compatriot, John Ogu also featured for Be’er Sheva.

Hapoel Be’er Sheva now sit top on the table with 33 points from 15 games and will next face Hapoel Ashkelon away on New Year’s Eve.