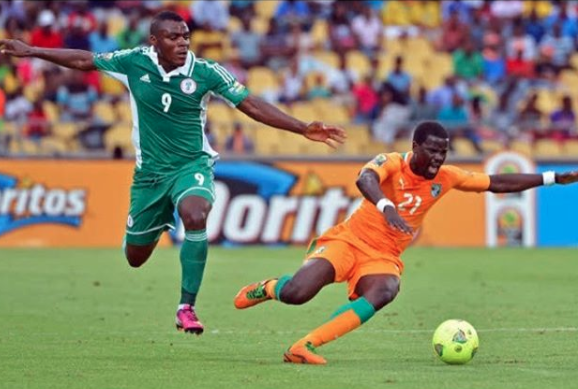 The former Arsenal star, who lost a bitter divorce battle, with his wife Aurelie awarded all of their assets, had to hide from cops and bailiffs after being ordered by a judge to transfer his remaining Enfield home to his wife.

But his former club Galatasaray have now offered him a coaching job to help him restart his life, a gesture which has been lauded by Emenike.

The Olympiacos of Greece attacker took to Instagram to share a picture of both players in action at the 2013 Africa Cup of Nations (AFCON) and wrote beneath it:

“Big thanks to Galatasaray for reaching out to this hard working defender, Emmanuel Eboue. May God bless you people. Emmanuel, don’t think you have lost all because we’re right behind you. Be strong.”

CSL Round Up: Mikel features for 90 minutes, Ighalo missing in action

Abdulganiyu Shola - May 12, 2018
ALL CATEGORIES
SOUNDCLOUD