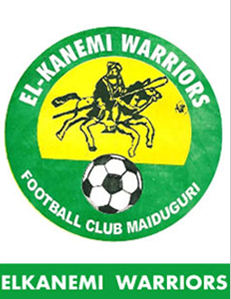 Nigeria Professional Football League club, El-Kanemi Warriors of Maiduguri have made a big statement of intent ahead of the new season by signing seven foreign players, AOIFootball.com can report.

The Maiduguri-based team, who are determined to earn at least a continental ticket next season, have recruited the best from the continent.

Topping the list are three Ghanaians- Sule Muhammed; top striker at the U-20 World Cup, Isaac Ekong; a goalkeeper and a defensive midfielder, Anthony Yefou.

Also recruited is Gambia National team goalkeeper who was a delight to watch during the preseason tournament in Kano, Coulibally, an Ivorian left full-ack Dinosa, a point-man from the Togolese league, and a combative midfielder from Cameroon, Sixtus among the seven foreign imports.

The players are currently on holiday and are expected back next week ahead of the new season.