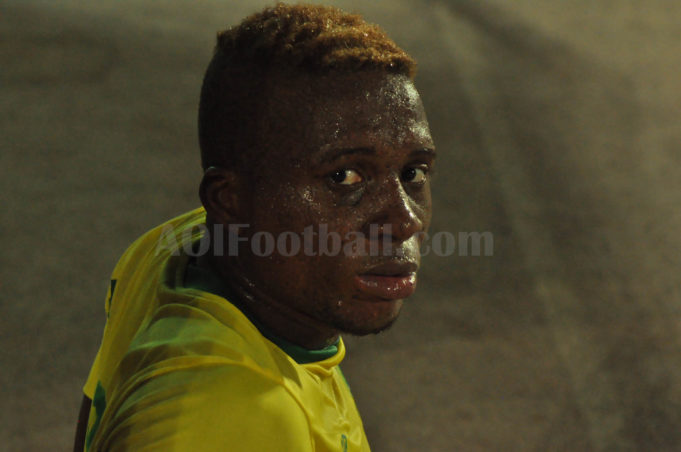 Plateau United newbie and Home-Based Super Eagles’ striker, Tosin Omoyele is upbeat of making the final 23-man squad to the CHAN tournament in Morocco next year, saying that it will be a proud moment for him.

The former Osun United goal king, who spoke to AOIFootball.com in Abuja, where the Eagles are currently intensifying preparations for the biannual tournament, said the team is in high spirit and every player has shown he has what it takes to represent Nigeria.

“Everybody has been training very well and the coaches have drilled us tactically and technically. I believe we are ready to represent Nigeria at the tournament next year.

“It is unfortunate however, that not every player will make it to the tournament, but I pray I am part of the lucky 23 because every single player here is capable of representing the country well,” Omoyele said.

The Plateau United striker further revealed that he is ready to lead the Eagles’ attack if called upon any time.

“I believe I have improved a lot in recent weeks with the invitational tournament and the training with the national team, so if given the chance, I am confident in my ability to deliver and lead the Eagles’ attack,” he concluded.

The final list of players to prosecute the CHAN tournament is expected to be made public by Coach Salisu Yusuf this weekend, with the team expected to fly out of the country on January 2.