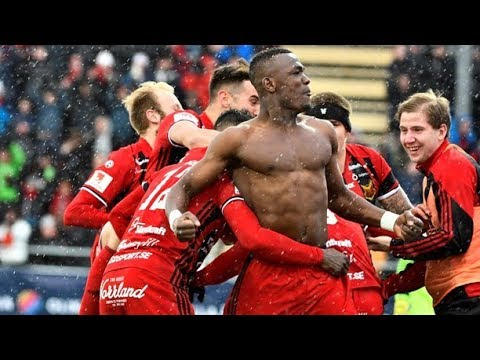 Nigerian international Salisu Abdullahi “Alhaji” Gero has reportedly been linked to a move to the Iranian professional football club Esteghlal Tehran, which currently plays in the Persian Gulf Pro League, AOIFootball.com has scooped.

The 24-year-old striker, who plays for Östersunds FK, could join Esteghlal after the end of the current season of the Swedish first tier, Allsvenskan.

The report comes as Esteghlal’s German manager Winfried Schäfer is looking for a forward to add to his team’s line-up, and has Gero on his radar.

Gero made his debut for the Nigeria national U-20 football team at the Eight-Nation Tournament in South Africa.