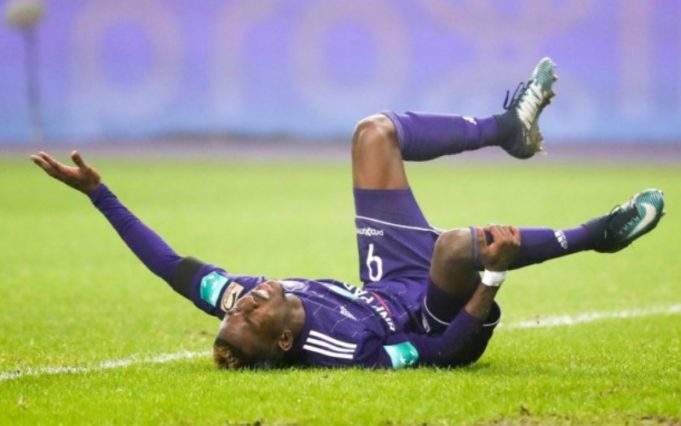 * Will be treated in England by Everton

AOIFootball.com can authoritatively report that the knee injury sustained by Super Eagles and Anderlecht FC striker, Henry Onyekuru is not as serious as earlier reported.

Speaking exclusively to AOIFootball.com from his base in Belgium, Onyekuru said that medics at Everton have reviewed the Magnetic Resonance Imagery (MRI) results and also the extent of damage to the leg, while clearing that the player and that he will be back on his feet in about six weeks as against the 12-15 weeks earlier reported in the media.

“Everton called for me to come back. They saw the picture of the MRI and they said I won’t need surgery. So hopefully, I will just go through the treatment and won’t need it,” the former KAS Eupen forward said.

The 20-year-old, who has raked in 8 goals this season for Anderlecht, revealed further he would be heading to the UK in three weeks to begin treatment.

“Hopefully, in three weeks I should be in UK for treatment,” he said.

Kelechi must work harder to improve his career- Amuneke