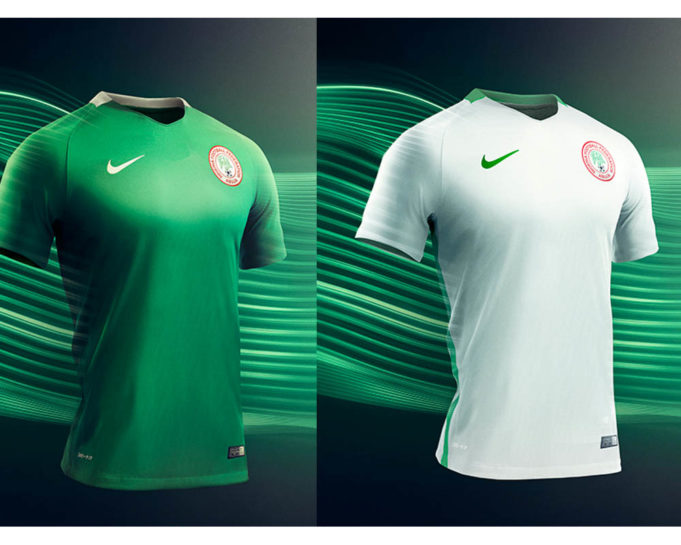 The Nigeria Football Federation (NFF) has finalised plans to unveil the new Super Eagles’ kit for the World Cup in Russia in February 2018, AOIFootball.com can report.
This much was revealed by the President of the Federation, Mr Melvin Amaju Pinnick who spoke on Channels TV which was monitored AOIFootball.com. Pinnick said the NFF has concluded all plans with the Eagles’ shirt sponsors Nike and the kits would be made public soonest.
“The NFF and Nike will officially unveil the Eagles’ World Cup kit at a ceremony in London between February 5-10. It would be an amazing kit,” Pinnick said.
The NFF supremo further revealed that the football body will be signing new deals with some sponsors soon, an indication that shows how determined the glass house is keen on taking  Nigerian football to the next level.
“The NFF will sign new deals with some new sponsors soon. The deal is to further improve the marketing brand of our national teams which has been growing from strength to strength.
“Success at the World Cup remains our priority and with the support of all Nigerians and our sponsors, I believe it’s achievable,” the NFF boss concluded.