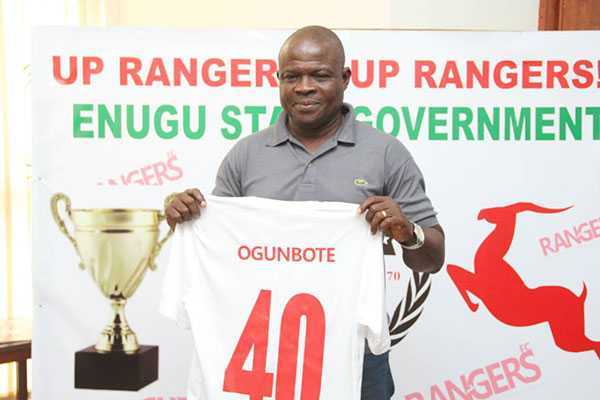 Technical Adviser of seven-time Nigeria Professional Football League champions, Enugu Rangers International FC, Coach Olugbenga Ogunbote, has said he is highly impressed with the positive attitude exhibited by players of the club after resuming training in Ijebu-Ode, Ogun State, AOIFootball.com reports.
The former Enyimba of Aba coach, while addressing the players at the main bowl of Dipo Dina International Stadium, praised their show of dedication and determination to the training regimes whilst calling on them to maintain the level they have been able attain.
“I must say that you have really impressed me with your output since we started this camping exercise. The level you are now is good and I believe that before we end the camping exercise, we would be at our best,” stated the vastly experienced gaffer.
It would be recalled that twenty players and seven officials left the players camp of the club at Nkponkiti road, Enugu, Thursday, for a scheduled two weeks close camping program in Ijebu-Ode to strategise for the fast approaching 2017/2018 NPFL season.
The team of thirty three players, twelve officials are currently quartered at the cozy Pebbles Suites and train twice daily at the Dipo Dina Stadium.