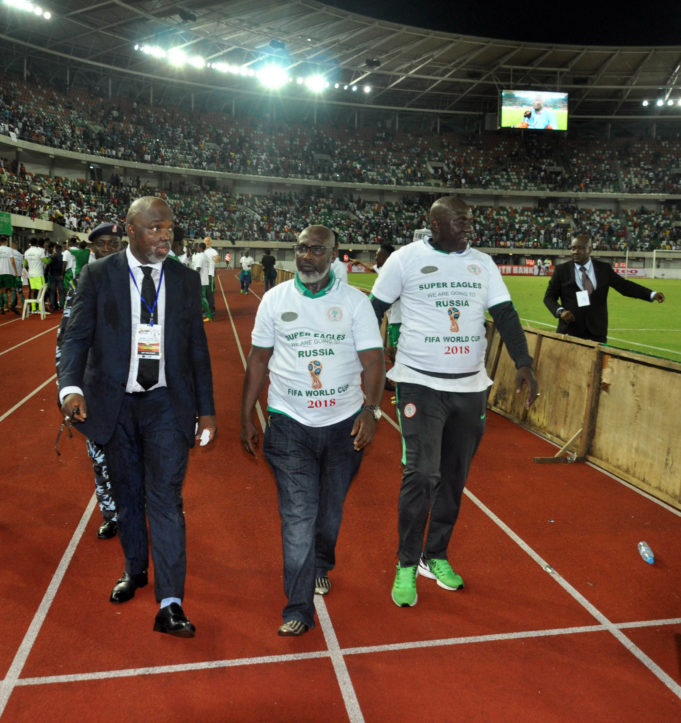 President of the Nigeria Football Federation, Mr. Amaju Melvin Pinnick has expressed the satisfaction of the Federation with on-field and off-field results for Nigerian Football in the outgoing year, while expressing conviction that the year 2018 will bring forth more honours and even greater global recognition for the Nigerian game.

In the year 2017, the Super Eagles qualified for the FIFA World Cup finals with a match to spare from a so –called ‘Group of Death’; the Eagles B qualified for the African Nations Championship starting in Morocco in a forthnight and; the U20 and U17 girls swept aside opposition to reach the final round of qualification for their respective FIFA Women’s World Cup finals taking place in 2018.

Off the field, a string of victories in the boardroom has given Nigerian Football a louder voice in international football politics and; a number of worthwhile sponsorship deals with corporate organizations has greatly reduced the financial burden on the nation’s supreme football –ruling body.

“Largely, it has been an excellent year, on and off the field. The bookmakers, analysts and football fans all over the world thought we were going to find it difficult in our World Cup qualifying group, but we made it to Russia with a match to spare. Now, we have already kick –started the preparations to the finals with a landmark agreement with the team on funds and renewal of the Technical Adviser’s contract to keep him fully focused on the job.

“Like the World Cup, qualification for the CHAN was also down to hard work and focus. We are ready to work even harder and focus much more ardently on our objectives in the year 2018, because we want to win the CHAN and achieve our best –ever outing at the FIFA World Cup,” Pinnick told thenff.com at the weekend.

The CAF Executive Committee Member and Member of the Organizing Committee for FIFA Competitions also revealed that big plans are afoot for the women’s game.

“It is unfortunate that the Coach we had contacted and approved for the Super Falcons’ job opted for something else before the contract was signed, but that is water under the bridge and we have moved on. In a few weeks, we will unveil a highly qualified Coach for the team and we will then take it from there. Already, we have signed a contract for a friendly match with the women’s national team of France for 4th April 2018 in Paris. We are also mindful of the on –going campaigns of the Falconets and Flamingoes for World Cup tickets and we will continue to give them maximum support.

“We were absent from the youth tournaments in 2017 because we lost out of the qualifiers wanting to do things right. We have no regrets for insisting on doing what is right. We have already set the machinery in motion for a credible and enduring system that Nigerians will be proud of in a short while.”

Pinnick insisted victories in the boardroom were major achievements considering Nigeria’s near zero presence in football politics’ top table for several years hitherto. “Now, we have someone high up in CAF and important in FIFA and we have people in FIFA committees and CAF committees. That is a step in the right direction.

“I admit there were a couple of glitches in administration but that only showed we are human, but we have put measures in place to forestall unwholesome experience in the future. It is going to be a very busy, busy first half of 2018 and I have told the secretariat to wake up and move at the same pace as the Executive. In 2018, we will be thorough, we will be diligent, we will be professional and there will be zero tolerance for negligence and laxity. We are taking a winning mentality into 2018 and anyone not cut out for that will have to excuse us.

“The World Cup is the big one next year and I believe we are going to be very ready when the tournament kicks off. We have lined up four friendly matches starting with the game with Poland in Warsaw on 23rd March. There will be other matches on 27th March, 28th May (in Nigeria) and 2nd June.

“Certainly, we have been able to activate our plans thanks to tremendous support from the Federal Government. We are forever grateful to the President of the Federal Republic, His Excellency President Muhammadu Buhari (GCFR), Vice President Yemi Osinbajo (GCON) and the Honourable Minister of Youth and Sports, Barrister Solomon Dalung who is always there for the Federation, intervened for us at critical times and made out time to watch the Super Eagles’ World Cup qualifying matches.”

The NFF boss also handed big kudos to other highly –placed personalities who contributed in no small measure to the NFF’s achievements in 2017.

“The President of the Senate, Speaker of the House of Representatives, other cabinet ministers, the Executive Governors of Akwa Ibom, Kano, Lagos and Edo States and chairmen of sports committees of the National Assembly were pillars of support and I commend them.

“Our partners and sponsors have been marvellous. AITEO Group, Zenith Bank, Guinness Nigeria PLC, Emzor Pharmaceuticals, IGI, NIKE, TGI, Payporte, Supersport and Radio Brila have all stood behind us like rocks and we are very, very grateful. In a few weeks, we will be signing more sponsorship contracts, which means we will have many more organizations and personalities to appreciate at the end of 2018.

“I cannot fail to appreciate the members of the Fourth Estate of the Realm (the media). They kept us on our toes and have continued to play a creditable role in the development of Nigerian Football.” 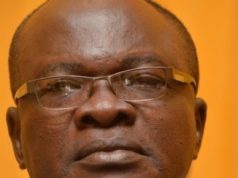 Emmanuel Emenike in search of new club in London