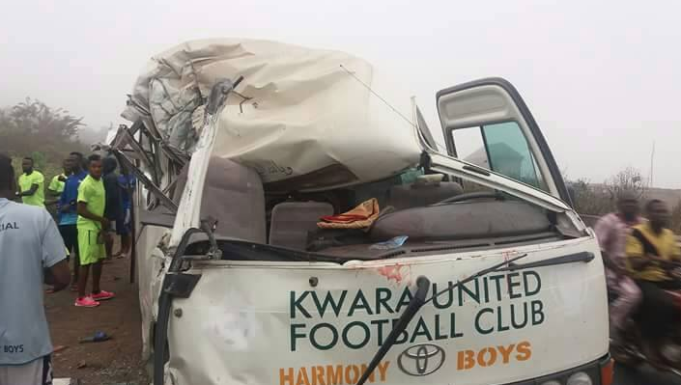 Some of the players sustained serious injuries and have been hospitalised, will the windshield of the team bus badly damaged.

The team was departing Lagos  where they participated in the Bet9ja Nigeria National League Super Four competition which ended  on Tuesday.

John Obuh’s men are scheduled to host Niger Tornadoes of Minna on match day 1 of the NPFL this weekend, and were on their way to Ilorin when the incident happened.