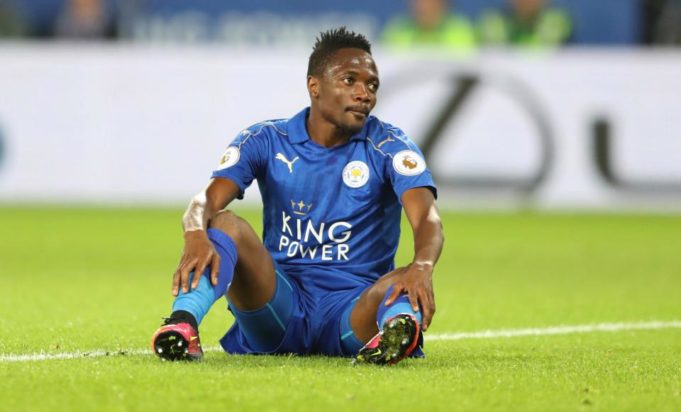 Super Eagles and Leicester City forward Ahmed Musa is on the radar of his former club CSKA Moscow and may opt to return back to the Russian outfit in order to get enough playing time ahead of the 2018 FIFA World Cup, AOIFootball.com reports.

AOIFootball.com exclusively gathered that the forward had initially planned to remain in the English Premier League but new developments have emerged with EPL clubs not matching his demand and requirements especially guaranteeing maximum playing time for the forward.

It however seems former club CSKA Moscow who have been on the radar of the forward have shown more seriousness and may sign him on loan till the end of the season. CSKA currently coached by Viktor Goncharenko may have met with his demands and have thrown their arms wide open to receive the player who won three Russian Premier League titles with the club whilst there.

It is left to be seen if both CSKA and Musa will quicken the move ahead of the resumption of the second half of the season in Russia which will kick off on the 2nd of March. CSKA are currently placed 5th on the Russian Premier League table.