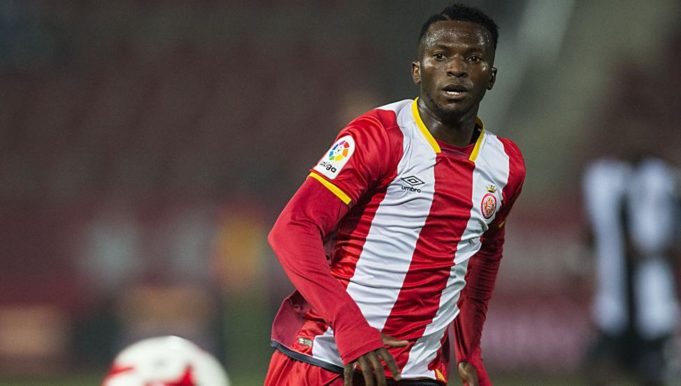 Manchester City-owned Nigerian international Olanrewaju “Larry” Kayode is eyeing a return to the Austrian Bundesliga after struggling for game time at Girona FC, AOIFootball.com has scooped.
A report quoted by a Spanish Newspaper “AS Reports” disclosed that Kayode has reportedly been unhappy with his situation in Catalonia, having featured for just 375 minutes in the first half of the La Liga season.
A £3.5million signing from Austria Wien in the summer of 2017, Kayode appeared a shrewd buy to strengthen Girona and possibly profit on in the long run, after he topped the Austrian Bundesliga scoring charts in 2016-17 with 17 goals in 33 appearances.
The former Austria Wien danger-man still has ambitions of making the Nigeria squad for this year’s World Cup, and he has reportedly asked Manchester City to send him on loan to an unnamed Austrian club, quite possibly the one he came from – Austria Wien.
Meanwhile, Turkish side Bursaspor, coached by Paul Le Guen, have also registered an interest in Kayode, who for now must return to training with Girona after overcoming a series of bureaucratic problems that meant he couldn’t re-enter the country after La Liga’s winter break.