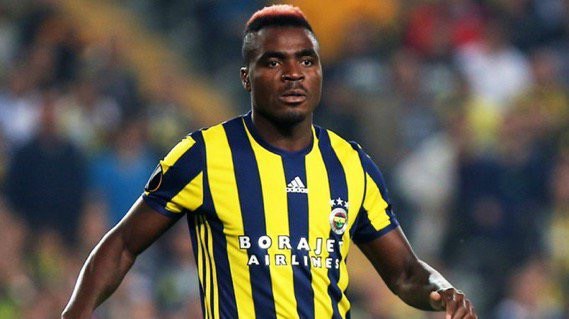 The Nigerian forward will join countryman Oghenekaro Etebo at the
islanders after the midfielder also signed on deadline day.

Emenike will join from Greek side Olympiacos and is expected to arrive
Thursday evening with his medical taking place on Friday before
beginning his contract which lasts until the end of the season.

The Nigerian first moved to Europe with Turkish outfit Karabukspor in
2009, making 51 appearances before playing for Spartak Moscow and
Fenerbahce with those two clubs where he had the twilight years of his career.

He had short loan spells at Al Ain and West Ham United before joining
Olympiacos where he hasn’t featured often enough with Jemez offering
him a way back into football with Las Palmas.

The striker also played for Nigeria at the 2014 World Cup in Brazil
and earned 37 caps for his country, scoring nine goals between 2011
and 2015.

He will be only the second recognised centre-forward at the club.