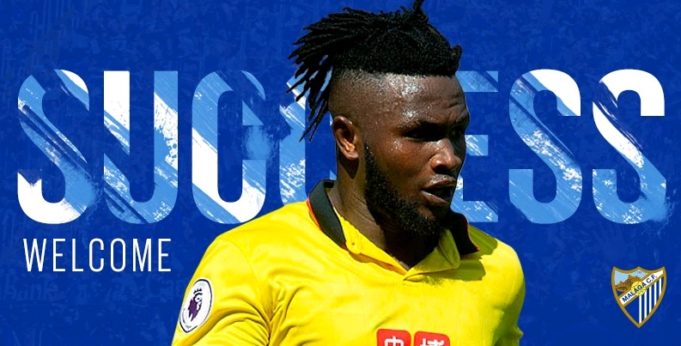 Success completed his move to Malaga on deadline day January 31st.
The club, which also has Brown Ideye, confirmed the signing on Wednesday
evening.

“Malaga is delighted to confirm the signing of Isaac Success,” the
club’s official website wrote.

His only appearance was in the Carabao Cup in a 3-2 home defeat to
Bristol City last August where he was brought on in the 46th minute.

Success expressed his delight on his official Instagram page.

“The 23-year-old can play from central or wide attacking role.
During his two seasons at Granada in Laliga (2014-2016), Success made
49 appearances, scoring seven goals.

El-Kanemi can finish in the top half of the table, says John Lazarus

Omeruo returns to Leganes training ahead of Villarreal clash