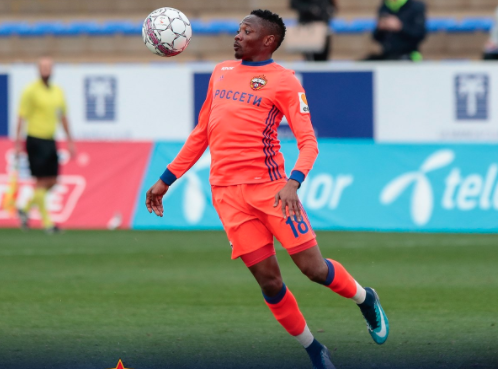 Less than 48 hours after joining Russian side CSKA Moscow on loan from English outfit Leicester City, super eagles’ Winger Ahmed Musa was on target as the CSKA drew 1-1 with Danish club, FC Nordsjælland in a friendly game played at the Right to Dream Park in Denmark, AOIFootball.com can report.
The Nigerian attacker who has had a nightmarish 18- month in England, put that aside to open scoring in the 33rd minute after being setup by Vitinho to put the away side a goal up.
However, the lead could only last for 10 minutes as Mathias Jansen equalised for the hosts, 2 minutes to half time.
Both sides were unable to break each other in the second half with the match ending 1-1.
The goal will come as a morale booster for the 25-year-old who was donning the number 18 Jersey as he hopes to boost his chances of appearing at the FIFA World Cup for Nigeria.