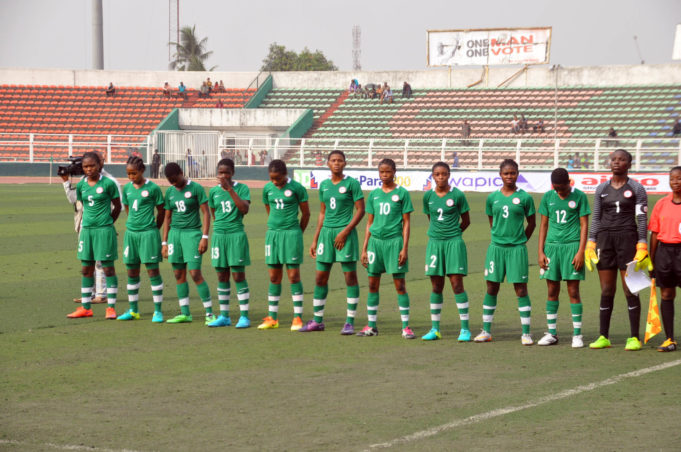 Nigeria’s U17 girls face a herculean task in Yaounde in a fortnight after they could only force their Cameroonian counterparts to a 2-2 draw in their 2018 FIFA U17 Women’s World Cup final round, first leg clash on Saturday.

The Samuel Ogbemudia Stadium in Benin City was the venue for the U20 girls, Falconets’ easy qualification for the 9th FIFA U20 Women’s World Cup only a week ago, after a 6-0 pounding of South Africa’s Basetsana. But the Flamingos could not sustain the momentum, with their third draw in as many matches in the qualifying campaign.

Dignitaries and spectators were hopeful when Precious Vincent put Nigeria ahead after 100 seconds with a smart finish from Osaretin Ikekhua’s pass. But the Lionesses drew level only eight minutes later, with a brilliant header by Marie Ngah, and then shot into the lead just before the interval through Alice Kameni.

Ikekhua would turn scorer in the 54th minute, putting away a free –kick to draw Nigeria level on the evening.

The scoreline means the Flamingos must quickly develop a winning habit to overcome their opponents in the return leg in Yaounde in two weeks’ time, in order to earn a ticket to the 6th FIFA U17 Women’s World Cup taking place in Uruguay later this year.

To reach the last round of qualifiers, the Flamingos drew 1-1 with Ethiopia in Addis Ababa and both teams finished the return 0-0 in Benin. The away goal earned Nigeria passage at the expense of the East Africans.

Only a win in Yaounde, or a high score draw from 3-3, will see Nigeria sustain her reputation of playing in every edition of the FIFA U17 Women’s World Cup since the competition was launched in New Zealand 10 years ago. 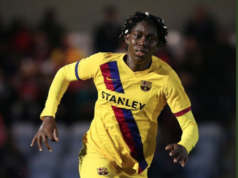