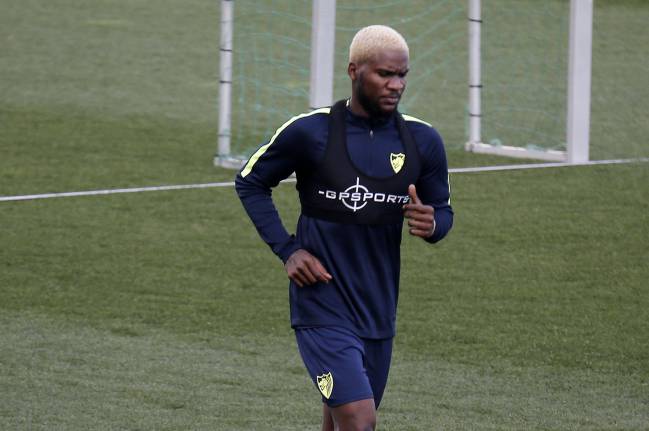 Super Eagles’ striker, Brown Ideye is on course to make his Spanish La Liga debut for Malaga against fellow strugglers Las Palmas on Monday night, AOIFootball.com can confirm authoritatively.
The AFCON 2013 winner, who joined the Spanish outfit last week from Tianjin Teda in China, said he’s fully prepared and ready to give his all his new team.
“It’s going to be a good game to watch. Yes, I’m starting. I am looking forward to the game because for a long time I have not played, so it is my first game in 2018, and I will like to start the year very well,” Ideye said.
The former West Brom attacker, however, wants to mark his debut with a goal or two to begin his Malaga adventure on a high.
“Honestly, a goal or two will be nice, but the most important thing is for my team to win because every point now counts,” Ideye concluded.
The game between Malaga and Las Palmas will be a must-watch for Nigerians, especially Super Eagles’ Coach Gernot Rohr because of the involvement of four Nigerian players (Ideye and Success, Malaga), (Etebo and Emenike, Las Palmas) as the Franco-German fine-tunes his team ahead of the World Cup in Russia.
Malaga are currently bottom of the table with 13 points from 21 game’s and will be hoping that the much-travelled attacker fires them to safety as they bid to avoid the drop zone.

Nigeria 3rd tier league, The Nationwide League One to commence on May 4