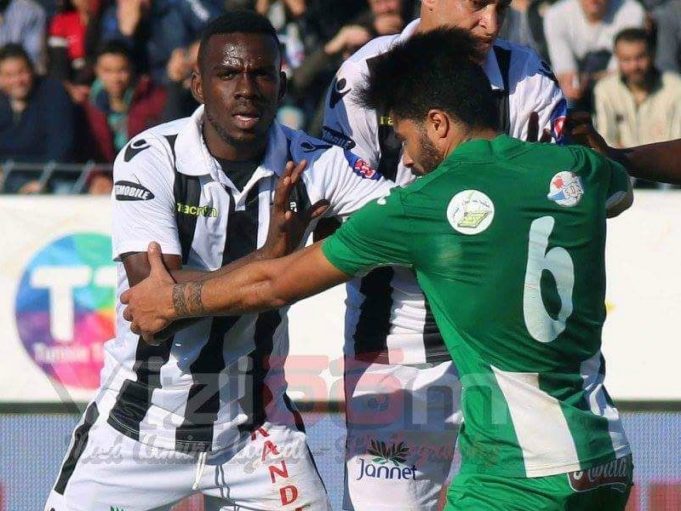 Nigerian international, Kingsley Eduwo began life in Tunisia with a bang when he hit a brace in CS Faxien 4-0 bashing of US Ben Guerdane in the round of 16 of the Tunisian Cup, AOIFootball.com reports.
The former Lobi Stars forward, who joined Faxien in January, thus opting out of the CHAN tournament in Morocco, opened scoring for the away side in the 30th minute of the match.
Eduwo then doubled his side’s lead after the hour mark with a neat finish to put Faxien two goals up, leaving their opponents with an uphill task to come back into the game.
A late brace from Louati Houssem in the 70th and 84th minute ensured the points were safe for Faxien who now advance to the quarterfinals of the Cup.
Eduwo will now have to replicate his scoring form in the league if he’s to land CS Faxien their first league title in years.