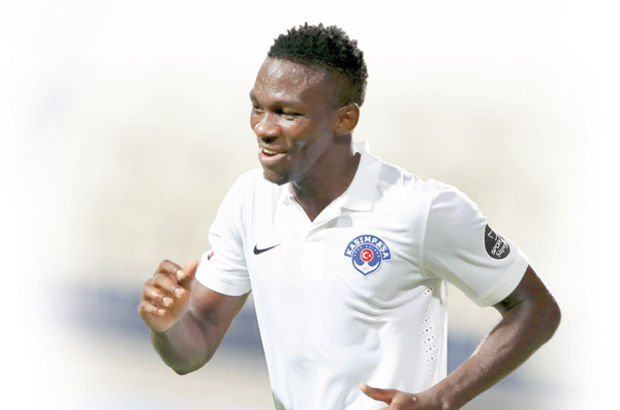 Super Eagles’ defender, Kenneth Omeruo was at his brilliant best for Turkish club, Kasimpasa as they defeated Akhisarspor 2-0 on Sunday, AOIFootball.com reports.
Omeruo, who started at the heart of Kasimpasa defence, was on hand to cut out any possible danger of the visiting team as both sides were unable to get a breakthrough in the first 45 minutes of the match.
However, after six minute’s into the restart, the home team were ahead when Mahmoud Trazeguet opened scoring for Kasimpasa through a pass from David Pavelka.
Trazeguet was on hand to score the second goal with the last kick of the match when he netted in injury time to seal all three points for the home team.
Omeruo was on for the entire match duration helping his side to yet another clean sheet, had a game rating of 7.0, while also making 6 clearances, 1 interception and completing 76% of his passes.
Fellow Nigerian, Samuel Eduok also featured for 89 minutes as he was unable to add to his 6 league goals, having a match rating of 7.1 while also striking the wood work in the match.
The victory leaves Kasimpasa on 11th position with 25 points from 20 games.

Nigeria Women League winner to be decided on 21st January