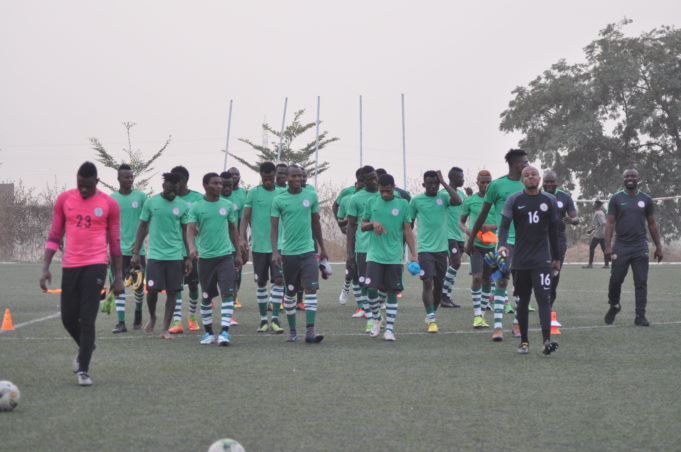 Nigeria’s Home-Based Eagles went, saw and almost conquered; they fell short at the final hurdle against Morocco.
The Eagles have now returned to Nigeria after their silver-winning exploits in at the 2018 CHAN in Morocco over the weekend.
Players and officials of the team arrived the Murtala Muhammed International Airport, Lagos at about 4 am aboard a Royal Air Maroc aircraft and were received by officials of the Nigeria Football Federation, including former Nigeria international Abdulrafiu Yusuf (Assistant Director, Technical) and Mr Sunday Okayi (Assistant Director, Competitions).
The delegation was then flown to the Federal Capital, Abuja by the first flight out of Lagos.
The team is expected to return to their hotel base at the Bolton White Apartment, before being hosted by the number one citizen of the country on Wednesday.
The silver medal-winning outing remains Nigeria’s best in the history of the African Nations Championship, a step better than the harvest by the Class of 2014, who returned with bronze medals from South Africa.